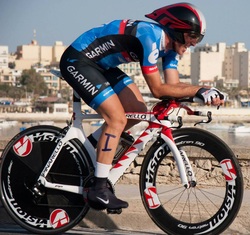 The first race in the inaugural Garmin BBB Birkirkara St. Joseph Individual Time Trial Series 2014 will be held on Sunday, 6th July 2014 on the Zebbug by-pass starting at 8:00 a.m.
This series will consist of three races of 20 kilometres, with the other two races being held on Sunday, 3rd August and Sunday, 7th September. The main sponsors are Garmin and BBB/Buff. Other sponsors include Go&Fun and Starbene.

The series carries a prize fund worth over €1,000.  The top three male and female finishers in the overall classification will share €700 worth of BBB/Buff products, while the male and female cyclists with the fastest race times will share €50 worth of Starbene products.  The first Birkirkara St. Joseph male and female cyclists in the general classification will receive €150 each. The series will include 13 age-groups and a category for para-cyclists.  The male and female winners of each age-groups over 17 years (excluding the top three placed in the overall classification), will be presented with a trophy.   Trophies will also be presented to the winners of the categories between the ages of 12 and 16 years.  Cyclists under 11 years and para-cyclists will all receive a series memento.